With summer fast approaching, people are ready to purchase a new fan for their restaurant, gym, or small business. With rising energy costs, business owners are looking for cost savings anywhere they can. But what do choose…big ceiling fans vs. wall mounted fans?

It may be hard to decide which option is right for you and your commercial space. Both save floor space over more traditional fans, but that is where the similarities end. Let's take a look at what each fan type offers. You'll get perspective from MacroAir’s General Manager, Geoff Herkner, to decide for yourself.

An industrial wall-mount fan is different from a big ceiling fan in that it’s a fan found in an enclosed cage to prevent the blades from being exposed to passersby and to prevent injury. These fans are typically mounted onto a wall. They are designed to swivel back and forth to pass air from one corner of the room to the other. Sometimes wall fans are left off of their wall mount and instead placed on the ground.

“Typically the main point of differentiation is the difference in diameter. This also directly affects the max coverage area the fan can potentially affect.” - Geoff Herkner, Head of Engineering

Compared to big ceiling fans, wall fans are slightly less efficient. They often have less powerful motors, creating heavy energy consumption. . It takes multiple wall mounted fans to displace as much air as one big commercial ceiling fan, so the additional cost difference can be justified with simplicity, design, and potential energy savings.

Small fans and blowers are typically used to cool large workspaces. However, the invention of industrial ceiling fans has changed that through the efficient and balanced airflow they provide.

The major benefit of using fewer large industrial ceiling fans instead of many smaller, faster wall mounted fans is energy consumption. Because of the large circumference and specially designed airfoils (a.k.a. blades), it only takes one large industrial ceiling fan to do the job of up to 34 traditional fan units. An average ceiling or tabletop fan spins several times the speed of a big industrial fan, which not only makes the fan noisy, but it also has higher power consumption..

“Big commercial ceiling fans will help reduce energy usage when placed properly. It will help cut down energy consumption in conjunction with HVAC units as well as individual heating units. This is due to the nature of the airflow of these large fans. They will equalize air temperature from floor to ceiling within minutes and therefore they have a strong affect on air turnover rates. This keeps customers’ HVAC or heating systems run-time to a minimum while maintaining the desired temperature set-point.” - Geoff Herkner. Head of Engineering

A commercial ceiling fan is capable of moving a lot more air than a commercial wall mounted fan. This is because they mount from above. Overhead fans move greater amounts of air through the entire space. Therefore, commercial spaces can be cooled more evenly.

“Large diameter fans are High Volume, Low Speed. The airflow is generated with an airfoil that is engineered to provide the maximum amount of airflow at the lowest rotational speed, providing greater efficiency.” - Geoff Herkner, Head of Engineering

So, big ceiling fans vs. wall mounted fans? Can you feel a difference? Leave your comment below. 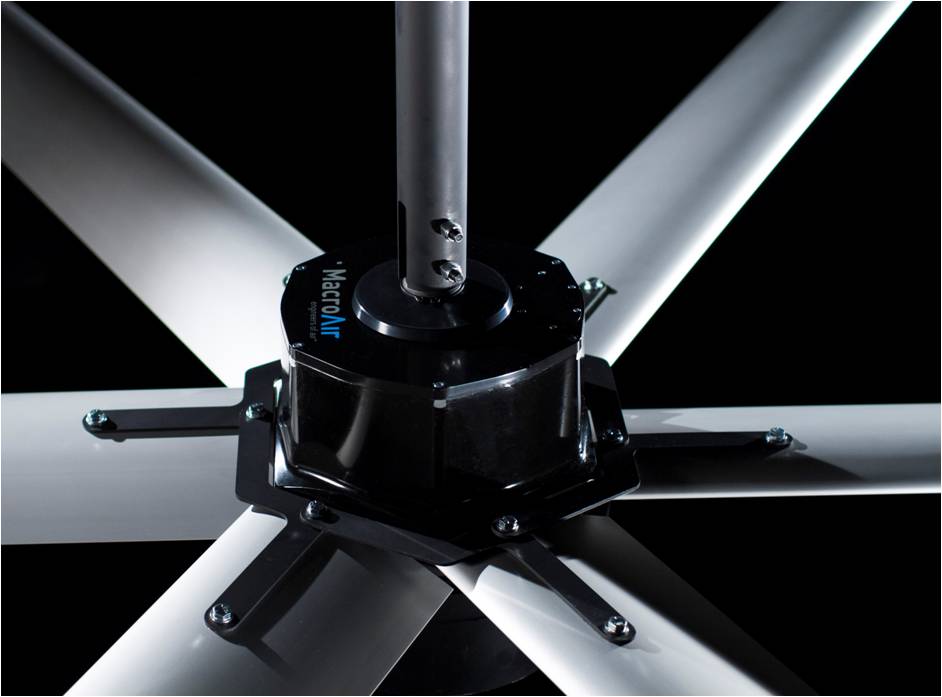 What are the Typical Mounting Options for HVLS Fans?

Mounting options for HVLS fans is an important concern. Even if you purchase a top-quality fan that fits your needs, you won’t get the results you were expecting if you... 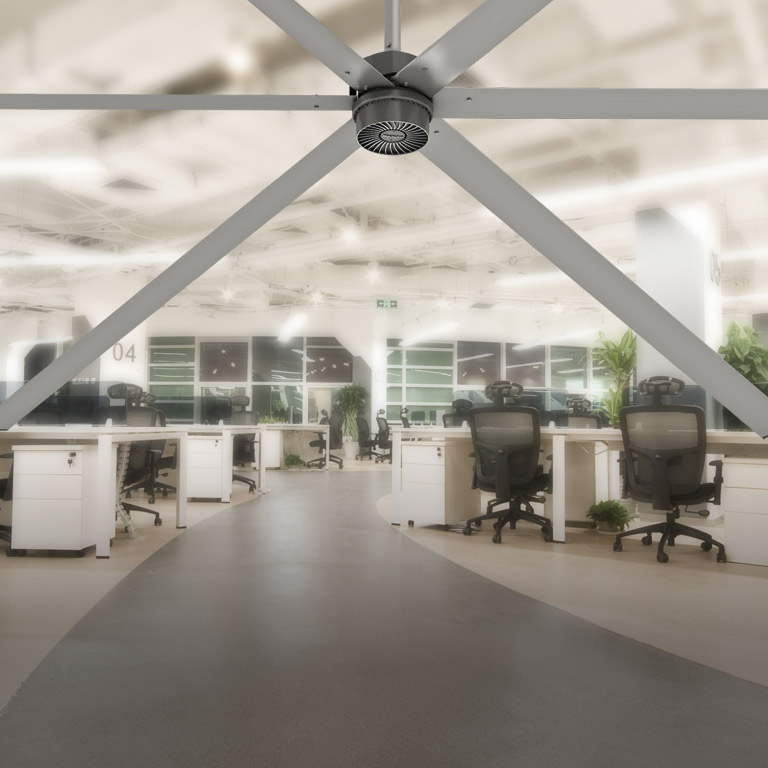 Cooling Comparison: HVLS Fans vs. Traditional Fans in the Workplace

Workplaces in every industry have one thing in common. They all need to remain at a comfortable temperature for employees to stay productive. There is some confusion,...