According to the U.S. Department of Energy, buildings account for 39 percent of energy consumption in the U.S. As climate change has come to the forefront as a potential source of change in many ecosystems, states and government agencies, educational institutions, businesses and other organizations are taking positive steps to reduce their carbon footprints on the environment.

As such, architects and engineers must not only consider a building’s productivity or livability, but also its efficiency into account. A building’s design determines the amount of energy, such as electricity, lighting, heating and cooling that a structure requires.

For thousands of years, people have been fanning themselves by hand. The ancient Egyptians made slaves fan them with huge lotus leaves. The Greeks and Romans preferred peacock feathers for fanning. The Japanese invented folding fans in the eighth century, possibly inspired by the way bats fold their wings. The Chinese were pioneers in mechanizing the fan. About 180 AD, the famed Han dynasty inventor Ting Huan created a rotary fan employing seven wheels, every 10 feet in diameter, by which a single man could cool an entire hall. Later rotary fans were used not only for cooling but also for winnowing grain and ventilating mine shafts. In the 1830s in Apalachicola, Fla., John Gorrie, an American physician, blew air over a bucket of ice to cool hospital rooms for malaria and yellow-fever patients. When President James Garfield was shot in 1881, U.S. Navy engineers came up with a contraption combining a fan and iced cloths, which dropped the temperature of the dying president’s room 20 degrees – while consuming 436 pounds of ice an hour.

The invention of the electric motor led to fans being one of the first mechanized products in 1882. Over the years, engineering innovations made it possible to move air around by increasing the speed of fans. However, we now know that air speeds in excess of five or six miles per hour yield little additional cooling benefits.

Up to 1995, building owners used small high-speed fans to cool spaces. The problem was that they did not cover a wide enough space. The high volume, low speed, HVLS technology was invented and the MacroAirfan was born. 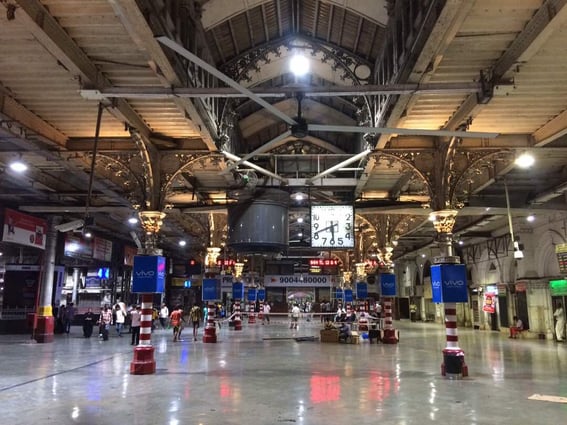 When air is hot and humid, large, slow-moving airflow provides the best cooling and ventilation for a particular space. This was discovered after the high volume, low speed (HVLS) fan technology was invented.

Displacement – the mechanics of moving air through a fan – is only part of the science behind HVLS fan technology. Other important scientific elements behind HVLS fan technology include the downstream effects of air movement and the fact that a large column of air travels farther than a small air column. In addition, the aerodynamic design of fan blades has a huge effect on airflow.

The measurement of a fan’s effectiveness is based on the cubic feet of air moved per minute. The performance of a fan depends on the energy cost of moving that amount of air. HVLS fans provide the best air movement, with the best performance, for use in large open spaces in commercial, institutional, industrial, and agricultural buildings.

Additionally, HVLS fans are a great energy-saving solution and allow architects and engineers to keep the design elements of their building without the extra ductwork.

Engineers at MacroAir developed an HVLS fan that uses six-blade fans with sizes ranging from 8 to 20 feet in diameter.

These fans move large volumes of air down and out 360 degrees at low speeds. This pattern – floor jet circulation – constantly moves a gentle and powerful stream of air towards the wall, back up the ceiling, and recirculates all that air back through the fan.

This volume of air exchange has two advantages:

The low operation speeds make the fan very energy-efficient compared to conventional fans. According to the American Society of Heating, Refrigerating and Air Conditioning Engineers (ASHRAE) study that looked at the efficiency of HVLS fans installed in buildings in Minneapolis and St. Louis; the five-year return on investment was $11,530 in Minneapolis and $5,350 in St. Louis. 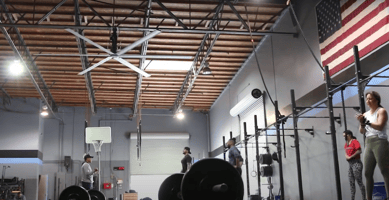 The way a high volume, low speed (HVLS) fan works is a matter of simple physics; the long,... 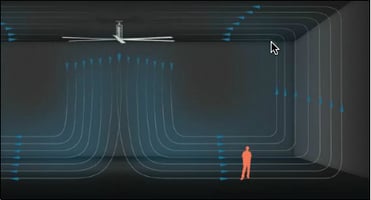 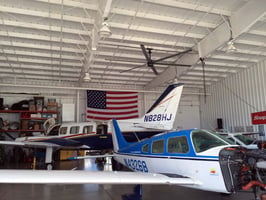 Because airplane hangars often have concrete floors, they are susceptible to moisture issues....